Cyclism is a passion connected to my adolescence. I enjoyed the bicycle with freedom until the age of 10 and at 12 they gave me a racing bike.
I lived abroad and followed the Tour de France on the radio: I remember as if it were today one Sunday afternoon of 1960 where Rivière was trying to chase a dynamic Nencini (who went on to win the Tour) along the downhill of the Col du Perjuret, and fell ruinedly into a ravine.
It was a sad episode, but the Italian victory made me proud, as a boy who lived abroad. I've never been in an agonistic competition, but the race bike and I have never parted.
I found Drali in the distant 1986, through a colleague from work and since then I have kept an appointment with a real character at least once a week, for about 35 years;

I’ve breathed the atmosphere of a craftsman’s workshop where I’ve seen the making of frames and the construction of road bicycles one at a time;

I’ve possessed a jewel on two wheels, just like the ones made for the champions. That’s not all, I’ve participated in the “historic races” (ciclostoriche) while wearing the Drali shirt and living unforgettable moments along with friends.

is slim, elegant and solid and symbolizes excellence and accuracy in construction. One added characteristic is at its conjunctions there are the four card suits, the same ones that used to decorate Fausto Coppi’s frame. 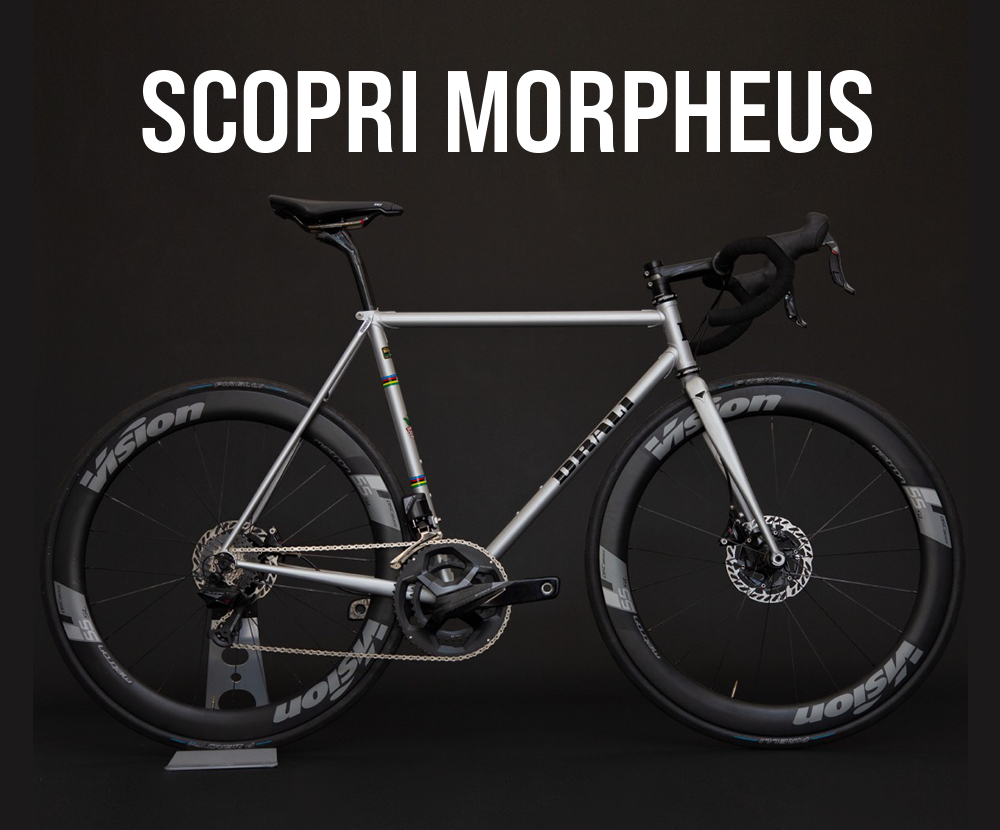